If there's one thing art lovers associate with Vincent Van Gogh — other than that whole ear thing — it's his bright, bold use of color. But according to one modern vision expert, the legendary impressionist's works make a lot more sense if they're seen through a colorblind lens. Here, look for yourself. {Play} 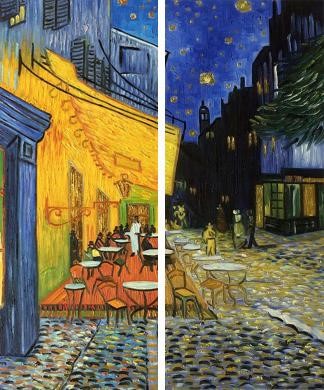 "Café Terrace at Night." Left is original, right is filtered as it would be seen by a person with protanomaly, or "red-weak" colorblindness. 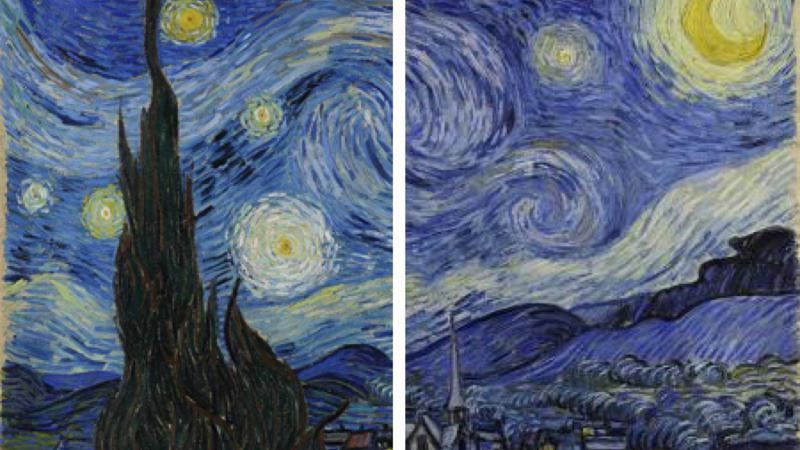 "The Starry Night." Left is original, right is filtered as it would be seen by a person with protanomaly, or "red-weak" colorblindness.

Coloring Outside the Lines

It doesn't seem possible that Van Gogh could have been colorblind when his best-known works are practically exploding with vibrant streaks of yellow and blue and surges of red and green. But according to vision expert Kazunori Asada, some of the disorderliness and unreality of pieces like "Starry Night"and "Café Terrace at Night" disappears if you struggle to distinguish between shades of red and green. {Play}

Asada viewed several different Van Gogh paintings in what he calls a color vision experience room, which filters the light to simulate colorblindness. There, he found that many of the paintings were essentially unchanged, or changed in small ways that made them make more sense visually. In a blog post, Asada wrote "This painter has a somewhat strange way to use color. Although the use of color is rich, lines of different colors run concurrently, or a point of different color suddenly appears ... However, in the van Gogh images seen in the color vision experience room, to me the incongruity of color and roughness of line had quietly disappeared." {Play}

Scroll through Asada's Tumblr and you'll find plenty of examples of Van Gogh's works seen with normal color vision versus a degree of colorblindness. Judge for yourself if Van Gogh meant for that color contrast to be there or not. If it does turn out that he was colorblind, then the good news is that you can see the world the way he did, and it's as easy as downloading an app. {Play} 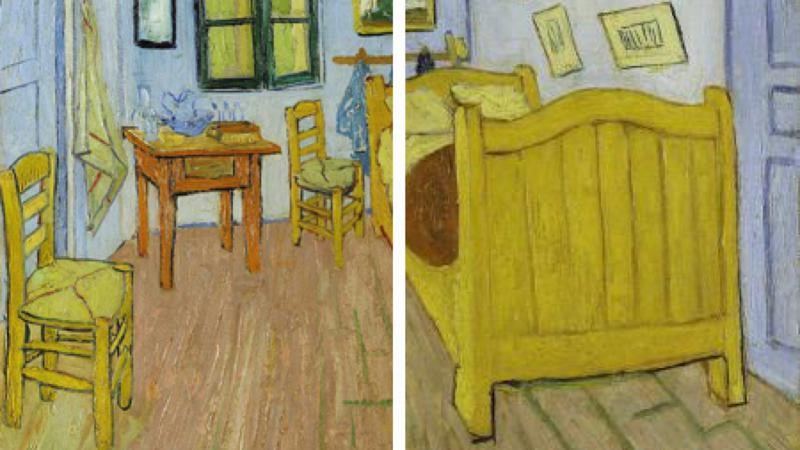 "The Bedroom." Left is original, right is right is filtered as it would be seen by a person with protanomaly, or "red-weak" colorblindness.

Watch a Mile in Someone Else's Spectacles

We mentioned that Asada made his observations in a color vision experience room, but we left out the fact that he was showing off his own digital colorblindness app at the time. You can download it for yourself on either Android or iOS, and get a clearer view of how various types of colorblindness change the visual field. It does seem like an app that could help the colorblind distinguish colors could be more useful, so it's a good thing that Asada created software to improve color vision as well. Whether you've been blessed with full-color vision or not, it's pretty inspiring to think that one of the greatest masters of color might have been influenced by a visual disability. {Play}

Associate somebody/something with something: وابسته به...

A surge of something: مقدار زیادی از چیزی

النا
This comment was minimized by the moderator on the site

پيمان
This comment was minimized by the moderator on the site