There's heat everywhere: coming from you, from your devices, from the sun itself. But because we don't have a way to capture it, most of that ambient heat is wasted. If we could harness its power, that would be a very big deal — it could lessen our reliance on existing resources and ease our toll on the environment. Researchers have been trying to crack this nut for a while, but a team from King Abdullah University of Science and Technology (KAUST) in Saudi Arabia has just gotten the closest yet — and they're using a mysterious phenomenon called quantum tunneling to do it. {Play} 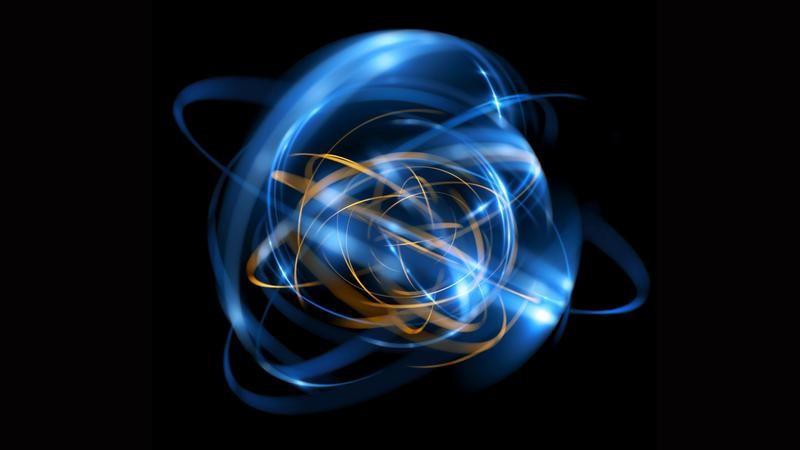 The big obstacle to using waste heat as energy is that it requires a very, very small antenna. That's because infrared heat has a very small wavelength, and the smaller the wavelength, the smaller the antenna needed to capture them. For example, AM radio signals have a much longer wavelength than, say, cell-phone signals: AM radio broadcasts in the hertz range and cell phones broadcast in the megahertz range, which means the waves of cell signals are around a million times shorter than those of radio. That's why your radio antenna needs to be longer than the one inside your phone. Infrared heat? That gets into terahertz, which is a million times shorter than megahertz. Your smartphone antenna is positively massive in comparison to what you'd need to capture far-infrared waves. {Play}

But even after you manage to make an antenna small enough, there's another problem with harnessing heat for energy. Infrared waves are so small that they actually oscillate too fast for your average semiconductor to keep up. "There is no commercial diode in the world that can operate at such high frequency," says Atif Shamim, KAUST researcher and the leader of the new project. "That's why we turned to quantum tunneling." {Play}

Quantum tunneling works on a principle of quantum mechanics that says tiny particles like electrons don't have just one location or velocity — instead, they're just fuzzy swarms of probabilities. That means that if an electron is near a barrier, it's entirely possible for it to — poof! — appear on the other side, simply because there's some probability that it was already there in the first place. There's no actual "tunneling" happening in quantum tunneling, but it sure seems that way. {Play}

The Only Way Out Is Through

Quantum tunneling happens most reliably when there's a barrier separating two conducting materials — particles "tunnel" through the barrier and keep on going. The KAUST team created such a metal-insulator-metal (MIM) diode by putting an insulating barrier of aluminum oxide between a conducting layer of gold on one side and titanium on the other. Because that barrier is only a nanometer thin, it's able to turn very, very small wavelengths like those of infrared heat into usable electric current. To guide the energy to the barrier, the team created a bowtie-shaped nanoantenna that surrounded the barrier between two slightly overlapped metallic arms. {Play}

The team proved their device could work by shooting it with an infrared laser. It successfully produced voltage — not a ton of it, but enough to show that it wasn't just a fluke. "This is just the beginning—a proof of concept," says Shamim. "We could have millions of such devices connected to boost overall electricity generation." {Play}

علی
This comment was minimized by the moderator on the site

علي
This comment was minimized by the moderator on the site