Sometimes, all we need to achieve our goals is the occasional reminder. Breaking routine is tough, you know? That little nudge could be something as simple as a sticky note, phone notification, or even the unblinking eye of a disembodied painted head prominently displayed on your mantle. Whatever works for you. {Play}

Warning: This Ain't No Bedtime Story

The traditional Japanese Daruma dolls are unlikely little devices that have been helping people accomplish their goals for centuries. The doll, also called a Dharma doll, is a hollow, round, paper mache ball modeled after Bodhidharma, the founder of the Zen sect of Buddhism. (Er, modeled after his head, anyway.) The defining feature of the doll is its white, empty eyes. As a popular story goes, Bodhidharma once sat down to practice extreme meditation, which turned into a nine-year stint. It was so extreme that his limbs atrophied and fell off his body. Before all that disaster, Bodhidharma realized a way to prevent succumbing to sleep during meditation: He cut off his eyelids. He then tossed them, where they became tea plants, the source of a modern way to stave off sleepiness. Equal parts extreme and graphic, this legend teaches a much more practical, easier-to-stomach lesson: the willingness to dedicate yourself to an important project can be life-changing. {Play} 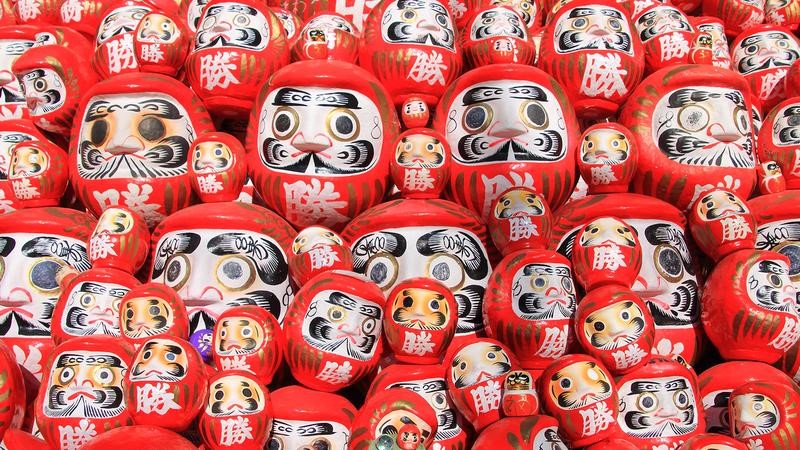 The doll is closely associated with the Japanese proverb "Nana korobi yaoki," which translates to, "Fall down seven times, get up eight." Since the thing is spherical, it literally cannot be knocked over no matter how hard you try, which is a reminder of persistence. Never give up, is the larger message of the Daruma. Unless you're trying to knock your paper head over, in which case, call it a day. {Play}

Here's how you can utilize a Daruma doll (also charmingly referred to as a goal doll):

Fall off something: جدا شدن اجزا

Stave off something: مانع چیزی شدن

Shabnam
This comment was minimized by the moderator on the site

I WISH U BEST