Your tongue is an incredible sensory organ. It can recognize several distinct flavor profiles: salty, sweet, sour, bitter, and umami — aka savory. Now, research suggests a sixth type of taste receptor  on the tongue is responsible for people and animals being able to determine  the taste of water among other fluids — a key factor of survival for every species. {Play} 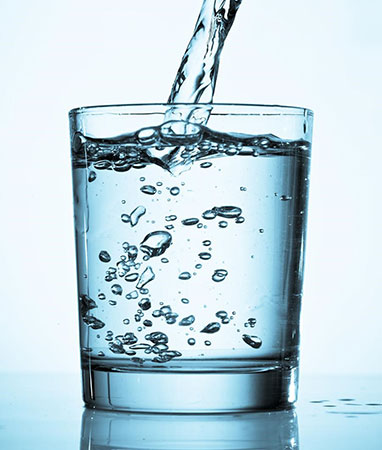 Surprisingly little is known about how water is detected in the mouth, especially when compared to what is known about how other tastes are determined. Scientists have long wondered whether water has a taste of its own or if it is just a transporting system for other flavors like saltiness or sweetness. Recent tests by a team at the University of California revealed  how groups of neurons  within the hypothalamus region of the brain can trigger  hunger and thirst, along with signals to start and stop drinking. But how does the brain receive the information from the mouth and tongue, since animals in the tests stopped drinking before their guts or blood streams could transmit  the message? {Play}

To find out, a research team at the California Institute of Technology in Pasadena worked to locate water-sensing taste receptor cells (TRCs) in the mouse tongue. They silenced different TRCs in mices' mouths, and then flushed their tongues with water to see which receptors responded. They discovered that the TRCs that sense "sour" had the strongest response. When they had the mice drink water and a tasteless silicone oil, the rodents without the sour TRCs had the most difficulty identifying the water correctly. That suggests those cells play a crucial role in tasting water. {Play}

To determine whether artificially activating the cells could make rodents drink water, they launched a second test, using mice with acid-sensing TRCs that express light-sensitive proteins using a technique called optogenetics. First, the mice were trained to drink from a spout, which was replaced with an optic fiber with a blue light. Not knowing the water was an illusion, the thirsty mice continued to lick at the light spout as often as 2,000 times every ten minutes, where mice drinking actual water would have stopped long before. {Play}

On the surface, it sounds like the researchers played a mean prank on their mousey subjects, but their results speak for themselves. We now have evidence that sour TRCs help animals identify water but don't play a significant role in signalling satiety. And these tests could fuel future exploration into the role taste plays in survival. {Play}

Aka: مخفف "also known as"

تاتی
This comment was minimized by the moderator on the site