The Smaller Your Town Is, The Happier You Are

The hustle and bustle of a big city isn't for everyone. And neither is the slow, humble life in a quaint town or rolling rural space. To each his own, ya know? But in terms of happiness, research tells us that one option is more favorable than the other. {Play} 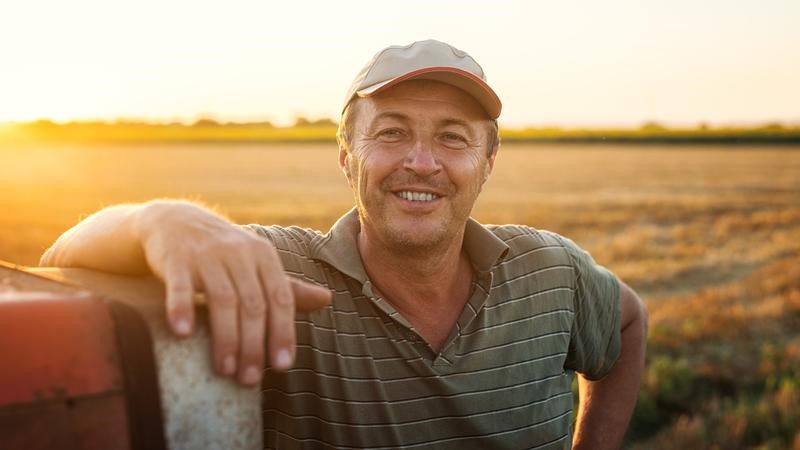 If you're currently holed up in your compact studio apartment in a bustling Chicago high-rise, first of all, we feel that. Secondly, you may not necessarily agree with or love the results of a working paper released last month, but here it is: according to a team of happiness researchers at the Vancouver School of Economics and McGill University, small towns and rural areas are home to the happiest people (in Canada, anyway). "Life is significantly less happy in urban areas," the paper very cheerfully concluded. {Play}

Won't You Be My Neighbor?

The researchers compiled 400,000 responses to a pair of national surveys to parse out the distinctions in self-reported well-being. Through cross-referencing the happiness responses with other data, they were able to see which factors might correlate with happiness. Wealth? Education? Religiousness? The main takeaway was that happiness appears to be correlated with population density. Why? Aside from having fewer people take up space on your block, living in a small town comes with a number of benefits. The researchers identified some other things that correlated with a person's happiness in Canadian communities: {Play}

Interestingly, the happiest portions of urban areas were also more likely to check those boxes. It seems that a short commute and cheaper rent makes everybody happy, no matter where you live. {Play}

If none of those points surprised you much, maybe the things that didn't affect happiness might. According to the research, income, employment, and education were not strongly correlated with happy or unhappy communities. See? Money really can't buy happiness — and neither can a swanky job or impressive degree. However, if you're a city-dweller who feels happy where you are, don't fret. The happiest portion of urban communities was almost as happy as the happiest portion of rural communities. It's just that when it's bad, it's really bad: the unhappiest urban portion was "substantially less happy than its rural equivalent," the authors write. {Play}

Sure, this research was limited to Canadian communities. Yet the findings aren't far off from what has been dubbed the "rural-urban happiness gradient" in the United States. This says that the farther away from cities people live, the happier they tend to be. Bonus fact for the ultimate happy home: A 2016 study has shown that living in sight of water ("blue spaces") can boost your happiness levels and decrease you psychological distress too. If you're thinking of moving out to the ocean or packing up for the country, keep in mind that studies support the notion that strong social connections, no matter where you are, improve physical health and mental and emotional well-being. {Play}

Aside from: جدا از

Shabnam
This comment was minimized by the moderator on the site

Would u plz write the phonetics of the new words?

علی
This comment was minimized by the moderator on the site

diana
This comment was minimized by the moderator on the site

شهروز
This comment was minimized by the moderator on the site