This weekend, 17,000 protesters peacefully walk in Paris. Afterwards, some protesters riot. They destroy a shop. Police arrest hundreds of them.

In France, people have been protesting and demonstrating for two weeks.

The main protest started against a fuel tax, but now authorities say that far-right extremists are taking over the protests to spread their ideas. Authorities also do not like the amount and the violence of the protests.

This weekend, a march of 17,000 climate protesters peacefully walked in Paris, but afterwards, some protesters began to riot. Police arrested hundreds of protesters after they destroyed a shop. 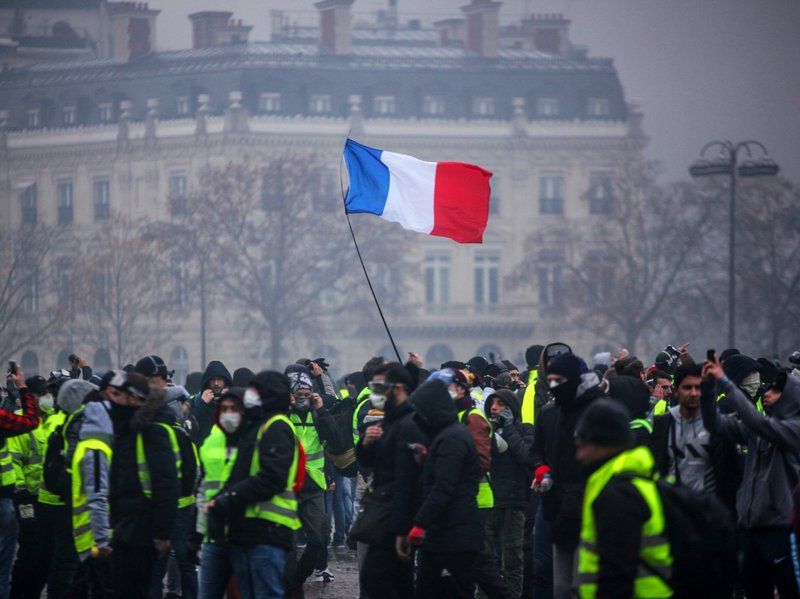 For two weeks across France, people have been protesting and making public demonstrations.

The Cilet Jaunes (‘Yellow Vests’) started as a fuel tax protest, but now authorities say that far-right extremists are co-opting them. Authorities are also condemning the spread and the violence of all of these protests.

This weekend, a march of 17,000 climate protesters peacefully walked through Paris, but after the march, smaller groups of protesters began to riot. Some wore yellow vests. Police arrested hundreds of protesters after they destroyed a sports shop at the Place de la Republique.

Ramin
This comment was minimized by the moderator on the site

Hi dear
Excellent like often
But you have two little mistake in these post
First is that;
Teller don't read the text suitable
Second is that;
Why do you translate some words to Persian?
It's better you do these to English like
Best regards