The secret behind women’s pocket!

There's a serious lack of pockets in the fashion industry. Somehow, as useful and ubiquitous as they've been in men's jackets, pants, and even shirts, they never seemed to catch on in women's fashion. Which is strange, since women's obsession with functional pockets is well-documented — and has been for years. How can it be so hard to just put pockets in women's clothing? Well, because there's a couple of centuries of history to resist that simple little convenience. {Play} 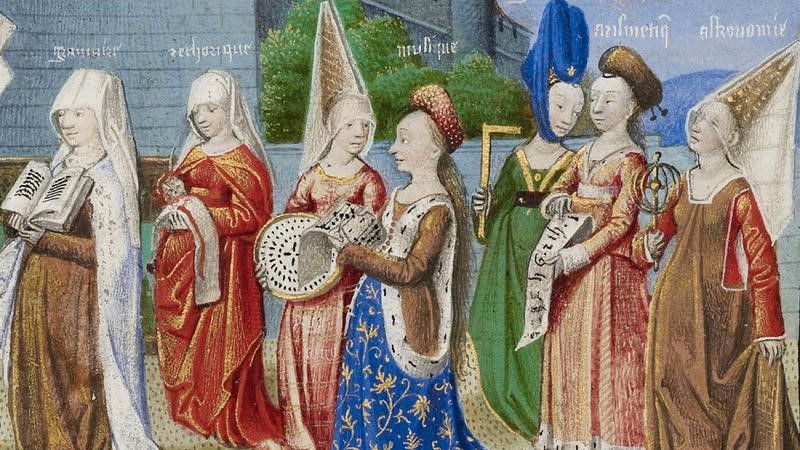 Fashion in the middle ages

In the middle ages, men and women alike carried their essentials in pouches separate from their clothes, which might be tied to a belt or slung from a rope. For security, you'd make sure to fasten the tiny bag beneath your outer layers of clothing, which might have slits for easy access. Around the late 17th century, someone got the brilliant idea to sew tiny pouches right into clothing— men's clothing, that is. After all, the big hoop skirts of women's fashion at the time were the perfect place to conceal an exterior bag. They might not have been surprise jumpsuits, but they worked for carrying keys, combs, and other essentials. As fashions changed, however, women's dresses slimmed down to the point that there wasn't even room for those. {Play}

As it happened, that sea-change in fashion sensibilities took place right around the time of the French Revolution. In the late-18th and early-19th centuries, an empire-dress trend (said to emulate the sartorial choices of Classical Greeks and Romans) did away with voluminous petticoats and their multiple storage options. Instead, women began wearing chatelaines: fashionable pieces of jewelry that kept everything close at hand — but also disturbingly available to prying eyes. So much for keeping secrets in your pockets. In fact, some even suggest that an increased awareness of revolutionary ideals might have been behind this development: If women were less able to conceal what they were carrying, they'd be less capable of organizing for liberation. {Play}

In fact, it wasn't long before the cause of pockets was explicitly being tied up in political movements of the time. One group, the Rational Dress Society, campaigned in the 1800s to transform women's fashion for better mobility and functionality. The society predated most of the Suffragette Movement, but it's easy to imagine that there was a lot of crossover in the interests and goals of both groups. In fact, in 1910, a New York Times writer covering a fashion show marveled at the "Suffragette suit," which featured no fewer than six pockets "all in sight and all easy to find, even by the wearer." Gosh — we can't even imagine the scandal. {Play}

Pockets on women's clothing are more commonplace these days, but their relative scarcity compared to men's pockets still points toward a fashion industry uninterested in scratching a largely un-scratched itch. How many pieces of women's clothing have only a pocket barely large enough to hold a driver's license? Clearly, part of the issue is that the same people determining who gets pockets are usually also selling fashionable handbags — but the people have spoken (and have been speaking for centuries): The dressmaker that puts big pockets in every gown will always find a fan base. {Play}

Masoomeh
This comment was minimized by the moderator on the site

HI there, Thank you so much for these interesting and helpful readings,however, my recommendation is that to provide the English meaning of the words instead of the Persian ones in order to make it more useful. Thanks again

بهراد
This comment was minimized by the moderator on the site

ديبا
This comment was minimized by the moderator on the site