While searching for the mysterious "Planet Nine," astronomers gave us a bonus: They just found 12 new moons to explore. A science team discovered the worlds orbiting Jupiter, the most massive planet in our solar system. The new find is another example of how astronomers get creative when searching for moons. {Play} 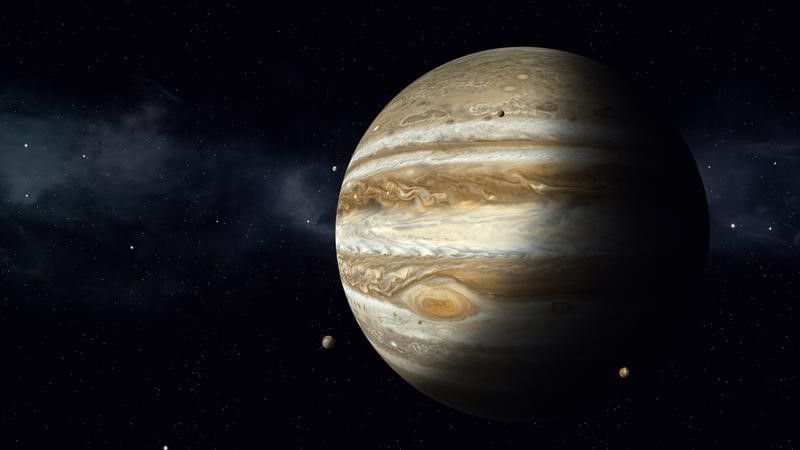 It's Always in the Last Place You Look

Astronomers were initially on the hunt for a supposed mega-Earth planet beyond the orbit of Pluto that may disturb the orbits of several small asteroids in that region. Called "Planet Nine," this purported planet would be 10 times the mass of Earth and 20 times further away from the sun than Neptune, according to NASA. {Play}

We still haven't found Planet Nine, but thanks to the search, astronomers just found something else amazing: 12 previously undiscovered moons around Jupiter. Here's what we know about them: Nine of the moons are in the outer reaches of Jupiter's system, orbiting in the opposite direction of the planet's spin. Two moons are closer to Jupiter, moving in the same direction as the planet's spin, while the last of the moons is an oddball that's orbiting differently than any of its neighbors. {Play}

"Jupiter just happened to be in the sky near the search fields where we were looking for extremely distant solar system objects, so we were serendipitously able to look for new moons around Jupiter while at the same time looking for planets at the fringes of our solar system," said principal investigator Scott Sheppard, an astronomer at the Carnegie Institution for Science in Washington, D.C, in a statement. {Play}

Jupiter now has a mind-blowing 79 moons. That's the most moons in the solar system, including around its gas-giant neighbors: There are 62 confirmed moons around Saturn, 27 moons around Uranus, and 13 moons around Neptune. Sheppard and his colleagues have found more than 70 of these moons, according to the researcher's web page. {Play}

We were lucky that Planet Nine spurred this search near Jupiter. Telescope time is hard to find, and moons are difficult beasts to spot because they are so faint — they're small, and often not very reflective. Yet astronomers keep finding moons in our solar system, sometimes because they're carefully hunting through older data or searching for something else. {Play}

In 2016, for example, sharp-eyed University of Idaho doctoral student Rob Chancia announced that the rings of Uranus might be hiding a couple of tiny moons. He saw periodic variations in two of the planet's rings after scouring some old data from Voyager 2, which flew by the planet in 1986. These variations suggested a couple of small worlds tugging on the rings. {Play}

Three years earlier, the SETI Institute's Mark Showalter said his team found a new moon around Neptune while looking at archival data from the Hubble Space Telescope (taken between 2004 and 2009). Showalter was actually looking at faint rings around Neptune when, "on a whim," as a press release from NASA says, he glanced far away from the rings and spotted a white dot. {Play}

These discoveries show that astronomers are getting better at finding new moons – even if that wasn't their research question in the first place. We have better methods to search old spacecraft data, thanks to computer advances. (Spacecraft die, but their data doesn't!) And advances in ground telescope technology allow us to do more sensitive searches in space than a couple of decades ago. {Play}

مریم
This comment was minimized by the moderator on the site