It sounds like something you'd see in a 1950s vision of tomorrow — a city within a city, where residents could live and shop and work and go to church and see movies and do, well, pretty much anything, all without ever going outside. In 1968, one architect made that dream a reality, and his structures are still an important part of Chicago's skyline today. 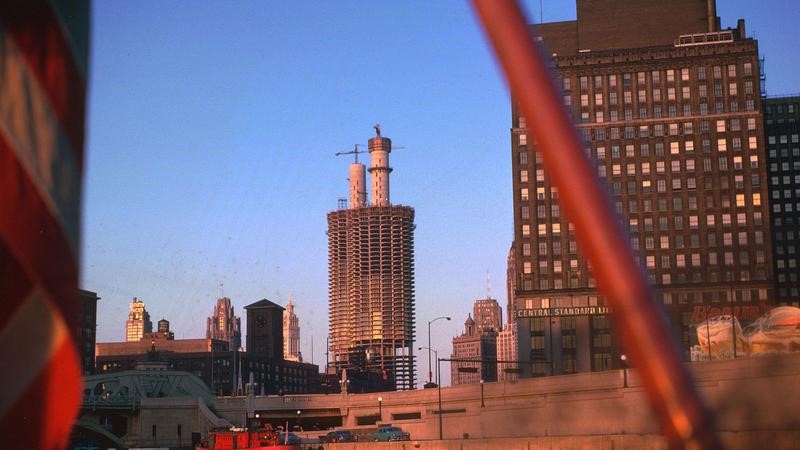 Butter by the Lake

Okay, we'll come out and say it: Marina City looks like a couple of corn cobs balanced on their ends. But they're incredibly striking nonetheless. Their unusual shape can be attributed to architect Bertrand Goldberg's nature-inspired design philosophy. Since no right angles exist in nature, he liked to avoid them whenever possible, and nowhere is that more evident than in these 65 flower-petal-shaped stories.

The goal of the towers was to attract suburbanites back to the downtown area, and Goldberg's plan was a design that included everything a condo-dweller could want. When the buildings opened in 1967, they included a swimming pool, a bowling alley, a theater, retail shops and restaurants, and even an ice rink. The buildings have changed somewhat in the past five decades, but inside the units, it still exudes smoothly contoured prefab charm. 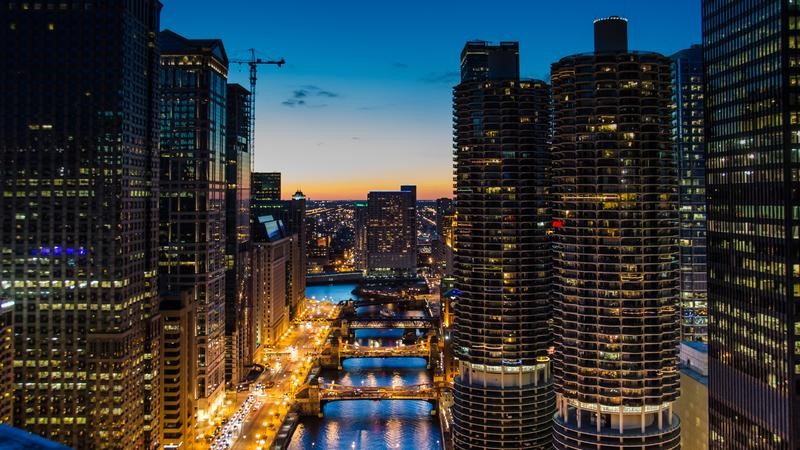 Marina City stands out on the Chicago skyline, and it's clearly caught the eye of filmmakers. In 1980, Steve McQueen was involved in a high-speed chase around the spiraling parking garage in the movie "Hunter," and the towers can be seen in movies like "Ferris Bueller's Day Off," "The Blues Brothers," and "The Dark Knight." You can even see them on the cover of Wilco's 2002 album "Yankee Hotel Foxtrot."

But there's at least one person who wasn't a fan of Goldberg's plan — his former mentor, Ludwig Mies van der Rohe. Mies, as he was known, set the tone for not just Chicago's skyline. As the last director of Germany's Bauhaus school, his sturdy, staunchly geometric style shaped Modernist architecture at large. But the rounded curves and organic inspiration of Marina City stood in stark contrast to the Bauhaus style. Just four years after Marina City opened, his angular, 52-story IBM building was unveiled — the fact that it blocked Marina City's view of the lake was an absolute coincidence, we're sure.

Attribute something to somebody/something: نسبت دادن