To Do Great things, See Yourself as Part Of Something Greater

Imagine yourself pushed to your ultimate limits in a test of skill and endurance. You have gone as hard as you've ever gone before. You're operating on borrowed willpower. Every single inch forward is absolute agony, and you're ready to throw in the towel. But then you see your rival. You remember how everybody back home is counting on you to take home the gold. You can win this hot dog eating contest, and it's because you've remembered that your efforts are a part of something larger than yourself. {Play}

Thinking Small To Do Big

It might sound counterintuitive, but sometimes, the secret to accomplishing something big is thinking of yourself as something small. Specifically, as a small part of something much greater. It makes sense if you think about it: if you want to win the basketball game to improve your personal record, then it's easier to let it go when victory seems out of reach — you're only letting yourself down. But if you realize that the rest of your team is counting on you as well, it's a lot harder. After all, you can't readjust their expectations. The only thing to do about it is to push yourself to win, no matter how much it hurts. {Play}

Operating as a member of a team might be the most tangible expression of this principle — whether you're playing point guard or center, you are quite literally a part of something larger than yourself. That's why, as CoachUp founder Jordan Fliegel pointed out in Entrepreneur magazine, the number one key to success is to link individual success to team success. When every member of a team understands how their job fits in with the greater project, they're more likely to succeed as a group rather than each trying to individually be the best. Maybe that's why there's such a long list of so-called "dream teams" that ended up less than dreamy. {Play} 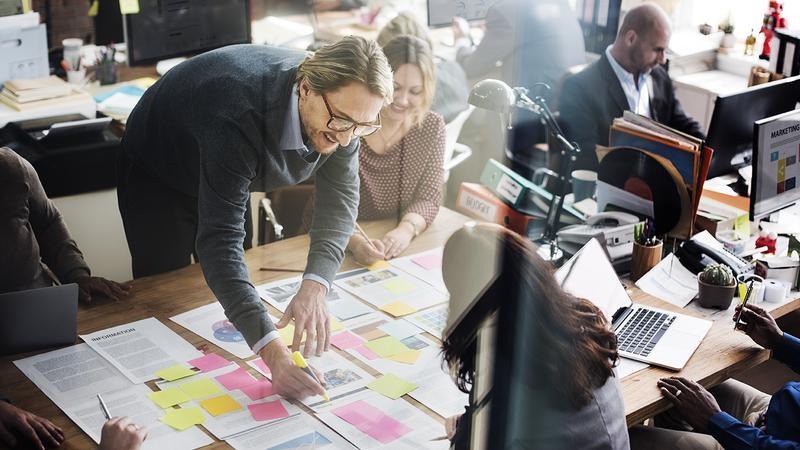 But this kind of thinking (identified as "ego minimization" and "self-transcendence" by the authors of "Peak Performance") doesn't only apply to athletes and competitive eaters. History is full of examples of people triumphing over incredible odds because they were able to step out of themselves. As psychiatrist and Holocaust-survivor Viktor Frankl put it, "He who has a why can bear any how." In other words, a burden borne for a principle is easier than one made for self-preservation. That principle might be religious in nature, or it might simply be a desire to survive for a greater good. {Play}

Another example shows how this principle works even in day-to-day life. A 2001 paper published in The Academy of Management Review found that hospital janitors performed better and derived more satisfaction from their work when it was framed as a part of the hospital's mission to heal the sick. Their seemingly humble work was a vital part of maintaining the hospital's hygiene, and thus prevented the spread of infection. When the janitors understood their importance, they didn't just do their job better, they did it happier as well. So the next time you're feeling worn out, maybe the thing to do is to remember the people who are counting on you. {Play}

Throw in the towel: پذیرفتن شکست

To count on somebody: روی کسی حساب کردن

سيما
This comment was minimized by the moderator on the site

Yalda
This comment was minimized by the moderator on the site

Mahyar
This comment was minimized by the moderator on the site

Excelent but the broadcaster's voice and acsent is awful??

Javid
This comment was minimized by the moderator on the site

Ava
This comment was minimized by the moderator on the site

it was so much informative;tnx a million