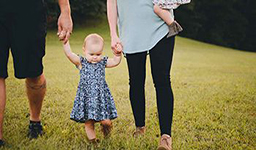 My family tree
Does Richard have any interesting or famous ancestors?

1. Before listening: genealogy is the study of family ancestries and histories, and of course doing your family tree. Is this something that you are interested in?

What did President Obama do when he found out his great–great– great–grandfather came from Ireland?

2. Listen for general meaning: Richard talks to Jackie about his family tree. What has he found out?

3. Listen for detail: listen again and answer the questions.

a) This interest in previous generations is new for Richard’s. True or false?

b) What difficulty does Sue have with the websites?

c) How far back has she gone?

d) What difficulty does Sue have with the records?

e) What did their great-grandfather do?

f) This information came as a surprise. True or false?

h) How many families could be related to this king?

i) What will decide if Richard is related to this king?

j) The body of the king has to be tested too. True or false?

1. Barack Obama went to Ireland and visited the tiny village.

b) Her family are not from the UK.

e) He left his wife and children and went to prison for that.

g) An ancient Viking king ruled the Isle of Man a thousand years ago.

i) A test to see if he has the same genetics

Richard:        Well, it’s really my sister. She’s always loved looking at the old family photo albums, especially our grandparents and our great grandparents etc and now she’s got into it in a bit more detail. She’s actually looking into the family tree.

Jackie:         Now I do know that there are some websites for that. What kind of information has she got from the websites?

Richard:        You can get births, marriages, deaths. These are all recorded so er... that’s where she gets most of her information from.

Jackie:         Now your family, though, come from the Isle of Man. Has that not been a bit more difficult?

Richard:        It doesn’t sound that long... long ago, but it’s difficult when you get even a couple of hundred years old because the... the records aren’t complete.

Jackie:         Mmm, I can imagine they’re lost or stolen or just disappeared as well. So she’s discovered lots of characters, some of your ancestors Richard. Are there any interesting nuggets of information which she has unearthed?

Richard:        Yes. Skeletons in the closet. She did find out about our great- grandfather, who actually went to jail.

Richard:        He was sent to jail for desertion. He deserted his wife and seven children and that is a jailable offense.

Richard:        I think it is anywhere but of course our family kept it very, very quiet and we didn’t know about that at all.

Richard:        Well, something interesting happened very recently. Er... someone on the Isle of Man has been doing research going back hundreds of years.

Richard:        Yes and he thinks that the Cains [Jackie: Right] um... may be related to the ancient Viking king who ruled the Isle of Man and large parts of Scotland back in the 11th century.

Jackie:         So he thinks because your... because your surname is Cai... Cain that there might be a link with the Viking... what was the Viking king called?

Richard:        We know him in er... ancient history as King Orry but I think his real name was Godred or something like that.

Jackie:         But he still thinks that’s linked to the Cain surname somehow.

Richard:        There are... I think there are five or six families in the Isle of Man that go back eons and he thinks that they are related to this ancient king.

Jackie:         All right so what are you going to do to prove that you’re linked or not linked to this... this Viking king then?

Richard:        Well, a lot of people... DNA testing is very popular now, you can do a DNA test for like under a hundred pounds [Jackie: Right] and then you can find out all about your ancestors, where your ancestors lived, which part of the world, etc, etc and even if...

بهار
This comment was minimized by the moderator on the site