If you had to decide who was and wasn't depressed from their writing alone, what would you look for? It almost seems like it should be easy — look for words like "sad," "angry," "depressed," and "hopeless," right? Actually, you might want to keep your eyes open for pronouns instead. {Play} 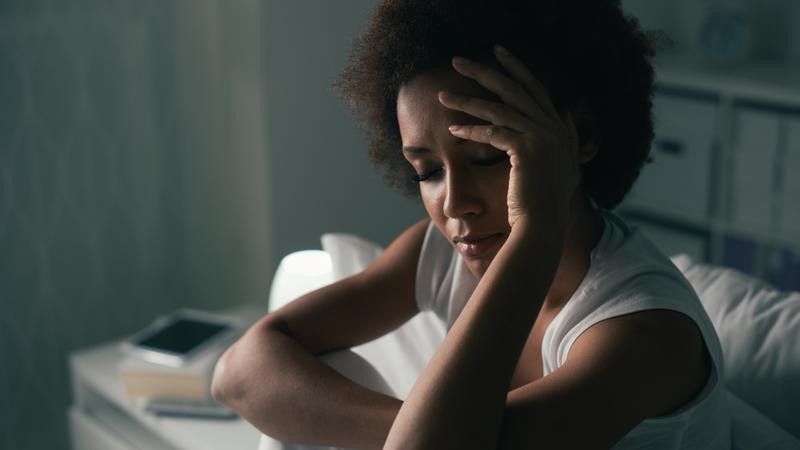 Down in the Dictionary Dumps

While previous analyses of language in clinically depressed and suicidal people relied on the imperfectly human opinion of the researcher, newer studies have been able to use artificial intelligence to calculate the prevalence of certain words in people with different mental health issues. In addition to lab studies analyzing active participants, this research has examined the writing of suicidal musicians and poets such as Kurt Cobain and Sylvia Plath. For people dealing with depression and suicidal ideation, there's certainly an uptick of negative emotion words such as "lonely," "sad," and "miserable." But researchers have found another word type that predicts suicidal tendencies even better: pronouns. {Play}

In one study focused on depressed and depression-vulnerable college students, first-person pronouns such as "I," "me," and "myself" were a major indicator of depressed tendencies. The same pattern emerged in the works of poets who eventually committed suicide versus those that didn't. It might be because depression tends to lead to self-focused thoughts and feeling cut off from others. Those lonely emotions might be more clearly seen in the kinds of pronouns that dominate the writing than in any explicit admission of loneliness. {Play}

There was another class of word that turned up a lot in the writing of depressed people — absolutist words. These are words that indicate that a subject is definitively, entirely, or irrevocably a certain way. Words like "always," "never," "absolutely," and "entire" all predicted depressive thoughts better than negative emotion words did. {Play}

That makes sense, in a way. Absolutist words indicate that nothing can be done to change them, and that can be a very depressing and alienating thought. Likewise, too many first-person pronouns could be an indication that you're stuck in one perspective, without the ability to see your situation from another point of view. So the next time you find yourself thinking to extremes, take a step back — or better yet, find a friend or therapist to help you take a step back — and ask yourself if your circumstances are truly the way you see them. {Play}

بهراد
This comment was minimized by the moderator on the site

Sahar
This comment was minimized by the moderator on the site

Sahar
This comment was minimized by the moderator on the site

امیر
This comment was minimized by the moderator on the site

Hello Gentleman ،many many thanks