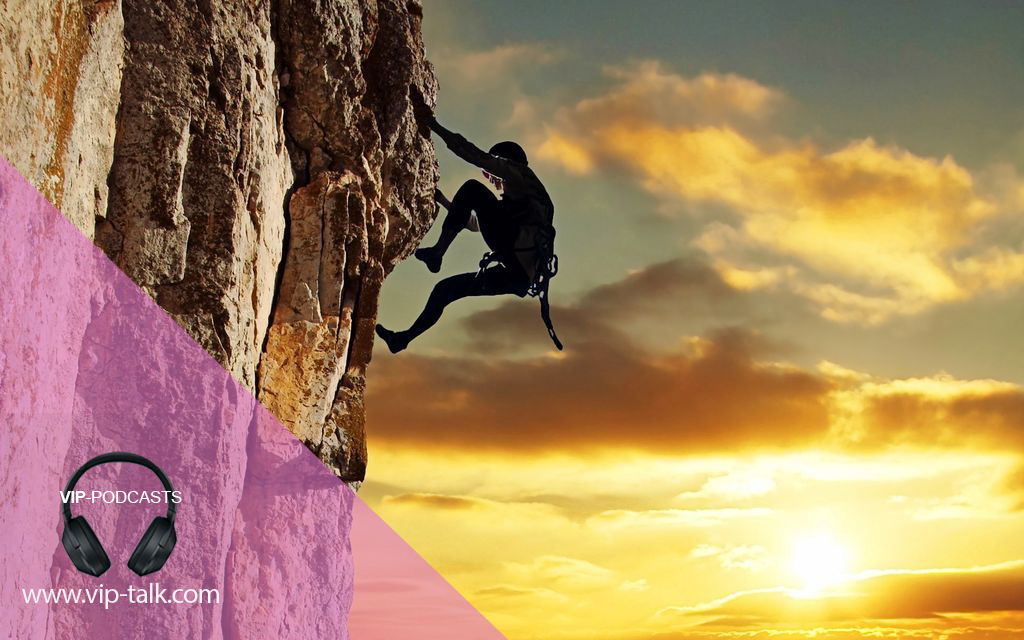 Jackie:  Who has for me, a rather unusual hobby and that is rock climbing. What made you start rock climbing?

Nicky:   Well, I suppose I really always liked clambering around on things when I was a kid and I started very late because I had to wait until I'd brought up my own kids to have enough spare time to really start doing this. [Its] Something I'd always wanted to do and when I started doing it, it was great.

Jackie:  Now you live in a major city, you live in Paris, so presumably you're not doing it in Paris?

Nicky:   No, but you can go climbing in walls, in indoor walls which is what a lot of people do nowadays in cities. But near to Paris there's a world famous place called the Forest of Fontainebleau, world famous to rock climbers, where you can actually climb on big rocks in the forest and then of course if you go a bit further away you can climb cliffs and so on.

Jackie:  Wow. So was it difficult, because you've said that you'd started doing it when your children had left home so you're, you know, a mature starter. Was it difficult to get going? Were you fit enough?

Nicky:   Actually I think yeah, I'm thinking about it but I think it was quite easy to get going really. You... you start, I think most people start and they're very enthusiastic and they... and they just want to do more and so you do more and more and you gradually get fitter and fitter and er... perhaps its later when it becomes more difficult when you start, you really want to get better at it, that's the challenge.

Nicky:   But to start off, no, it's not difficult.

Jackie:  Do you need to have a good head for heights?

Jackie:  So that doesn't bother you obviously climbing very high?

Nicky:   No, not at all. And I'll tell you something else: usually you're not looking down at the ground, you're looking at the rock in front of you. So most of the time, you're barely aware of where you are. But personally when I get to the top and there I am up high, and there's a lovely view and I'm right up on top of the cliff, you know, that's great.

Nicky:   No, you abseil down. Usually you come down on a rope, abseiling.

Nicky:   You occasionally climb down, sometimes walk down.

Jackie:  But abseiling down, that's frightening as well.

Jackie:  Okay, do you need any special equipment for this?

Nicky:   Well to start, especially if you start bouldering, like you do in the forest of Fontainebleau...

Jackie:  What do you mean by bouldering?

Nicky:   Bouldering, you don't even need a rope. You can just start... you just need some shoes, you can even start with a pair of old tennis shoes. Not not, um...

Jackie:  Something with grip.

Nicky:   Yeah, but they must be thin soles, it mustn't be running shoes with thick soles. It must be thin soled like old fashioned plimsolls, tennis shoes, that sort of thing. And then quite soon you'll want to get proper climbing shoes which have special rubber soles er... which grip well. And it’s a very tight on your foot.

Jackie:  But they're flexible as well.

Nicky:   Yeah. Yeah. And then later you'll want to go climbing walls and so on and some climbing walls they'll expect you to bring your own ropes so you have to get a rope. A rope is an expensive piece of equipment sometimes you can just hire the rope, when you go to the wall, it depends.

Nicky:   ...and you'll need a harness then as well to attach the rope to.

Nicky:   Er... So a rope is quite an expensive piece of equipment. That'll be, um... at least a hundred pounds.

Jackie:  Wow. Well, rope or no rope, I'm not really sure whether rock climbing is for me. Thanks a lot, Nicky.