It's a marvel of technical innovation that gigantic, heavy metal tubes hurtle through the air between cities across the globe. Even though we understand the science behind flight, it still boggles the mind. Let's explore the answers to some of the most common air travel questions. {Play} 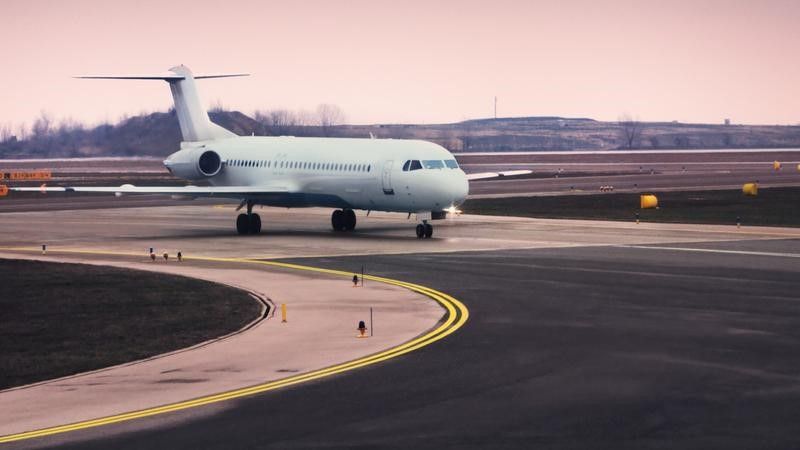 What Do the Numbers on Airport Runways Mean?

The numbers painted on either end of the runway indicate the directional heading — basically, the direction the runway is pointing. Add a zero to the number and you will get the exact degree. For example, 36R means planes taking off from that runway are headed directly for 360 degrees (straight north). The R indicates that it's on the right-hand side of another parallel runway at the same airport. The other end of runway 36R would be labeled 18L for 180 degrees, heading directly south and to the left of another parallel runway. {Play}

The numbers aren't always precise but indicate the general direction, and if an airport has parallel runways, the numbers might be slightly off to differentiate them. For example, Atlanta's parallel runways use 25L and R, 26L and R, and 27L and R. The parallel runways at LAX point in the direction of 251 degrees, but use 24L and R and 25L and R. Shifts in the Earth's magnetic field can also change the runways: Washington Reagan used to have 18 and 36 as runway directions, but now has 19 and 01. Runway numbers are never higher than 36 since 360 degrees completes a full circle. Mystery solved. {Play}

What Do the Colored Lights on the Airplane Wings Mean?

A red light is located on the left wingtip, and a green light is on the right wingtip. White lights are usually located on or near the tail. These lights, known as navigation or position lights, must be used in hours of darkness between sunset and sunrise or periods of poor visibility, and are there to let others know where the plane is and which direction it's flying. Often, aircraft also have something called logo lights on the tail, which show off an airline's logo and are used for identification on the ground and in the air. With these standardized lighting systems, it's easy for a pilot to identify the location and direction of any plane he or she encounters. {Play}

Why Do Planes Still Have Ashtrays?

Because everyone makes mistakes. Most planes have ashtrays on the lavatory doors or near the galley in the event that someone lights up a cigarette. This provides a safe place to extinguish it because throwing it in the trash could pose a fire hazard. Smoking is still a federal offense aboard a plane, and lavatories have smoke detectors to monitor this. {Play}

What Are the Upturned Edges on the Ends of Airplane Wings?

These are known as winglets (or Sharklets, as they're called on some new Airbus aircraft). They're designed to smooth the airflow around the wing and reduce drag, which in turn helps to save on fuel. Not every plane has winglets because each aircraft is aerodynamically different, so they won't always help. {Play}

What Are the White Trails Planes Leave in the Sky?

It is perfectly normal and not pollution. The white contrails are formed when humid air coming from the engines mixes with cold dry air at altitude, creating ice crystals. The reason water vapor comes from some planes, but not others, is dependent on the moisture content of the air the plane is flying through. (Although some conspiracy-minded folk believe that contrails are really mind-controlling chemtrails, a massive 2016 study found that there was no evidence that these trails were anything more than water vapor.) {Play}

What Does It Mean When a Crew "Times Out"?

One of the main dangers of a flight delay is that the crew could "time out," which means that they have gone past the permitted number of hours they can fly by the Federal Aviation Administration (FAA) without taking a break. This could cause a flight to cancel, but airlines try to prevent this by having backup pilots and flight attendants on call, either at the airport or within a short driving distance. Passengers don't always get this explanation, but if you hear of a crew not being able to fly in a delay, this could be why. {Play}

عاطفه
This comment was minimized by the moderator on the site

عاطفه
This comment was minimized by the moderator on the site

روشا
This comment was minimized by the moderator on the site

مرجان
This comment was minimized by the moderator on the site

جاوید
This comment was minimized by the moderator on the site

Most of passage are practical and useful .but if it `s possible unknown word or phrase explain in English with extra example for getting more language knowledge.